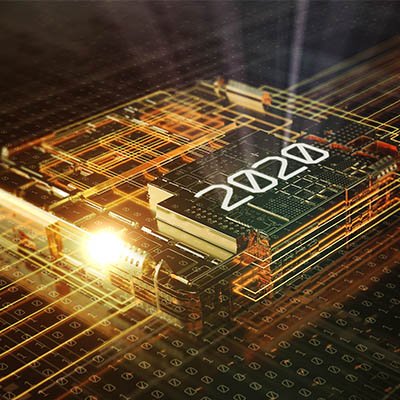 Today is the first day of the third decade of the 21st century. For some, it’s just another year, but for others it seems almost impossible that we’ve reached this point without floating cars and manned missions to Jupiter. Fifty years ago, some of the technology that is used in the course of doing business was simply fiction or conjecture. We thought it would be neat to take a look at some of the technological changes made since 1970.

Using our time machine, we want to travel through time to identify some technologies that have been invented in the past 50 years. The microchip (microprocessor) was invented in 1959, so that doesn’t quite fit the criteria of our list. Multi-location networking was also a thing as the ARPANET had just rolled out the year before. These technologies were the predecessors for some of the best tech we’ve seen developed over the past 50 years.

Like most of society, the technology world was changing rapidly in the early 1970s. In quick succession, computing went from something that businesses and individuals only thought of in passing to a revolution that could change the world. New technologies that we would laugh at today were just reaching the market. Here is a brief list of some of the technologies that debuted in the 1970s:

After the immense amount of technological invention in the 1970s, innovation was the name of the game going forward. In the 1980s, many of the systems that were lauded as revolutionary got a new look, and many of the technologies expanded, especially for businesses. Here are some of the computing technologies that were introduced–or improved upon–in the 1980s:

The 1990s saw a complete shift in the way that people used technology. Businesses, schools, and home users increased their use of computing technology and the growth of the Internet, which brought with it extreme prosperity followed by a crash that threatened the economies of some of the most technologically-savvy countries in the world. Here is a look at some of the technologies introduced in the 1990s.

As the millennium approached there were fears that the software developed wouldn’t work when the calendar changed. Millions of dollars were spent ensuring the world wouldn’t stop. After Y2K (as it was called), the 2000s would produce some of the most amazing technology the world had ever seen; and, would change the way people look at the world, forever. Let’s take a look at the list:

The more that technology was innovated upon, the less was going into developing new technology. After the launch of the iPhone, there was a definite trend in the way that people began to look at their tech. If it wasn’t mobile or simple to use, it had no function. Let’s take a look at how those ideas came to pass in the 2010s:

Technology has come a long way in the past 50 years, and it will be interesting to see where it goes in the next 50. Is there anything we missed? If so, share it with us in the comments section below. Happy New Year!