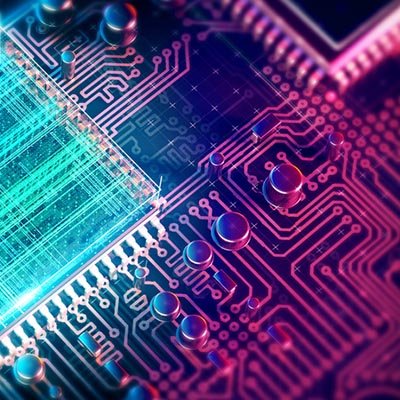 Are you looking to purchase a new desktop for your business (or for home)? We’ve put together this handy guide to help demystify the computer-buying process. This is the first part of five in our series, selecting the right CPU.

You can narrow down your search a whole lot just by deciding exactly what you want the desktop for. There are many major differences between a computer suitable for someone in your billing department and for someone who needs to edit video.

For the sake of this article, we’re going to focus a little more on the lower-to-medium end, because as you get into audio/video production or gaming, the roof can be raised to almost no limit.

Remember, You Can Usually Upgrade Down the Road, But…

A desktop computer that is designed for basic office work can usually be upgraded, but don’t expect to take a low-end desktop and upgrade it to a high-end gaming system. Laptops are a whole different story. Some can be upgraded a little, others can’t, but as a rule of thumb, assume you won’t be turning a low-end laptop into a high-performance rig.

Making Sense of the Specifications

When shopping around, you’ll typically see a few components listed on the desktop’s spec sheet. Let’s talk about one of the big specifications to pay attention to, the CPU.

The CPU determines, in essence, how much your computer can do at once and how quickly it does it. There are two brands you’ll run into; Intel and AMD.

Intel has tried to simplify this otherwise complicated specification by tiering out their CPUs, the Core i3, Core i5, Core i7, and Core i9. The higher the number, the more powerful the CPU is. AMD is starting to follow a similar path to simplify their naming convention, but both brands make both low-end and high-end CPUs. Let’s look at some of the most common you see today:

Intel Core i3 – This tier is okay for real low-end work. We’re talking editing documents, checking email, and surfing the web. The latest generation of Core i3 processors are strong enough to handle streaming video services like YouTube and Netflix without too much trouble.

Intel Core i5 – The i5 will do what the i3 can do a little faster, and you’ll have no problem streaming a little video, doing some light photo editing, and maybe playing a game or two if it isn’t too taxing on your system. This is a pretty solid choice for the typical office workstation.

Intel Core i7 – This is where the price starts to climb. Core i7 CPUs are geared towards high-end systems for video editing and gaming.

Intel Core i9 – The i9 tier is fairly new, and at this point is pretty overkill for what most people need out of their desktop. If you are building out a computer for 3D animation, rendering, gaming while streaming, scientific calculations, etc., then this might be the way to go, but the price tag for this CPU alone can be several thousands of dollars.

AMD Ryzen 3 – AMD’s low end model is, to simplify things, on par with the Intel Core i3. You’ll be able to edit documents and surf the web, but not a whole lot else without straining the system.

AMD Ryzen 5 – Conveniently enough, the Ryzen 5 is in about the same tier as the Intel Core i5. You’ll pay a little more than the Ryzen 3, and get some more performance out of your desktop. Expect to handle typical office work, stream video, and light photo editing and gaming.

AMD Ryzen 7 – Seeing a pattern? The Ryzen 7 is AMD’s answer to the Intel Core i7. Just like the i7, the cost of the CPU starts to climb pretty significantly compared to the lower-end models.

AMD Threadripper – Here’s where we get into overkill territory for most use. The Threadripper is designed for heavy loads like 3D animation, gaming while broadcasting your stream, and other intense computing that a typical workstation doesn’t tend to experience.

When Does the GHz Matter?
The nice thing about Intel and AMD arranging their CPUs into tiers is that you can almost always ignore the clock speed. When helping non-technical friends and family pick out a computer, I always tell them that the CPU speed, which is measured in gigahertz, is for nerds to care about. The higher the number, the faster the CPU, and the more it costs. Until you get to the point where you are building a server or high-end gaming PC, you can definitely just worry about the tiers instead of the GHz.

Does the Number of Cores Matter?
Cores are the number of processors built within the main processor. Typically, shoot for at least four cores unless you are on a serious budget. For gaming and video editing and higher-end tasks, more cores can start to matter, but even then, most of the time it caps off at eight. There are processors out there with dozens of cores, but typically these are designed for servers or specific situations.

One more tip: Usually, getting last generation’s CPU doesn’t save you much money, and as long as you get something recent you should be good. You don’t need to get bleeding edge or wait for the next line of CPUs to come out either, unless you are really trying to hit the very peak of high-end performance and are willing to spend top dollar to make it happen.

Next time, we’ll demystify other pain points of the desktop buying process! Keep in mind, if you need help purchasing computers for your business, don’t hesitate to reach out to DS Tech. You can call and talk to one of our experienced IT professionals at (906) 786-0057.