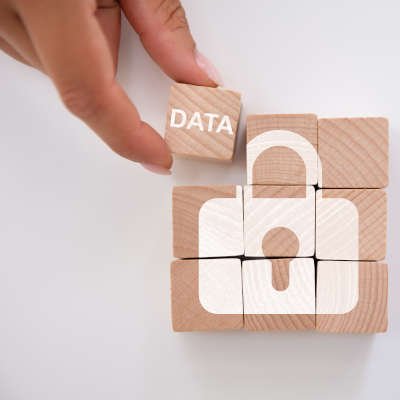 How concerned are you about your data privacy, as a consumer, particularly when you entrust it to another business? If you answered “very”, you aren’t alone… 87 percent of Americans consider their data privacy to be a human right. Having said that, most don’t pay near enough attention to their own security precautions. Let’s take a few moments and examine this trend.

A recently released report presented the results of a survey of American consumers to chart their attitudes and expectations regarding corporations and their data privacy. This report—which was compiled by advisory firm KPMG and is available for download on their website—outlined the primary privacy concerns of the everyday user and discusses the statistics around the issue.

Overall, the results showed varying levels of awareness amongst these users and made a few shared concerns very clear. For instance:

How Consumers Treat Their Own Data Practices

Now, while this sounds promising (if not quite at optimal numbers), this concern isn’t reflected in consumers when their own actions are considered. While many—in fact, the majority—of users stated that they would consider it risky to engage in many online behaviors, like repeating passwords across accounts, using public Wi-Fi, and saving a credit card to a website, over 40 percent did these things regardless.

This study also took note of the fact that many users neglected their own security options… 61 percent, in fact.

What This Should Tell Us, as People and Business Owners

Whether you’re considering your own personal data, or you’re thinking about the data you’ve collected as you’ve done business, security needs to be your highest priority. Harvard Business Review Analytic Services conducted a study of their own, and the results were quite telling.

46 percent, essentially half of surveyed consumers, said that they had stopped doing business with a retailer due to discomfort with their privacy statement.

That’s huge. As a consumer, it only shows how much power can potentially be wielded to help improve security for everybody… and how much responsibility that power gives us. As a business, it’s a wakeup call to how important securing data really is. While comprehensive data and information security isn’t a simple process and will ultimately make some of your internal processes more time-consuming, it is better than alienating half of your market.

Fortunately, DS Tech can help make the adoption of improved security solutions and procedures far simpler. To learn more about what we have to offer to help ensure your data security, give us a call at (906) 786-0057 today.