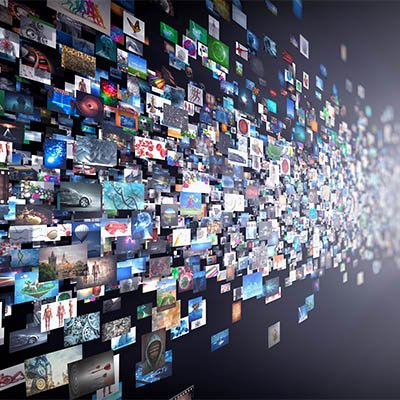 The Technology Behind Streaming Services Is Pretty Impressive

Most of us take streaming media for granted. Whether you are streaming a movie on Netflix, binge-watching a show on Hulu, or using one of the growing number of streaming television networks to stream sports, shows, and news, there is quite a bit of interesting technology fueling your entertainment. Today, we thought we’d briefly go through some of the tech that makes these streaming services, and their millions of simultaneous streaming feeds, possible.

Often, Streaming Media is Not Pushed Through the Internet

If you asked the average streaming service subscriber how they are able to get their entertainment on demand, they would answer that the companies that do it simply push it over the Internet. You have to be connected to the Internet to get the content so it stands to reason that they just beam it over the network connection, right?

As it turns out, about 85 percent of internet bandwidth is streaming video. That’s a lot of data to send across the internet, to the point where it would be wildly expensive to host these services in the traditional sense and expect it to work effectively for millions of users every day.

So how do they do it? The streaming services have spent a lot of time and money building out streaming infrastructure. Think about how you use your streaming services. You file through a catalog and then select something to play. Nearly instantaneously, the title you’ve chosen plays; on any device you want to view/hear it on. The process used to make this possible is called over-the-top (OTT) streaming.

OTT streaming is the act of delivering content to the user on a particular device. It has five steps. They are:

Security is Not Cut and Dry

For streaming services—just like your business—keeping their customers’ personal and financial information secure is undeniably important. In fact, nearly 70 percent of businesses are now investing in some sort of video and audio streaming. As a result, finding vulnerabilities in the video dissemination process can be fruitful for the modern hacker. Moreover, for large-scale streaming services they also run into the issue of people frequently sharing their passwords, which is always a red-flag for cybersecurity professionals looking to keep networks secure.

These companies, like many others, also deal with your standard hacks, but when you consider how many people are lackadaisical about their Netflix or Hulu security, it can be much harder for these organizations. Let’s take a look at some of the hacks these organizations frequently deal with:

Streaming media is one of the most utilized services and the number of people using it is growing rapidly. What are your thoughts on the technology used by streaming media? Do you utilize it regularly? Leave your thoughts in the comments section below and return to our Blogs for more great technology information.