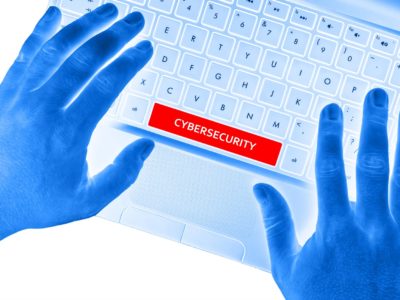 DS Tech, a leading provider of unified communications, announced today that the company has launched an awareness campaign on recent advancements in cybersecurity. As technology has become even more central to business operations, hackers have grown in proficiency and are posing several new threats to business owners. DS Tech, is actively engaged in alerting customers of these new methods by which hackers are attacking businesses. Cyber attacks, such as malware, have become one of the biggest threats to an organizations network because of the speed by which these attacks evolve. Cybersecurity has become one of the fastest changing technologies in response and is constantly vying to remain a step ahead of the threats that face most organizations. While business owners were previously able to avoid most threats by purchasing a strong firewall, hackers have continued to evolve their methods and simply put, a firewall doesnt offer any sufficient level of protection anymore. As technology continues to move forward, the threats facing organizations have become much more sophisticated, brazen and bold.

One such common tactic used by hackers is the coordination of simultaneous attacks to overwhelm any server, LAN (local area network), or other critical endpoints on the network. Essentially, this overwhelms the endpoint and creates openings for hackers to attack the network during the overload period. Every endpoint is vulnerable to these types of attacks, and hackers can circumvent firewalls through any mobile device or tablet unless the organization has a Unified Threat Management System that automatically evolves with and is designed to thwart these types of attacks.

Hackers have a malicious goal of accessing and misusing proprietary company data for financial gain, stated Eric Wakkuri, Vice President of DS Tech. One of the best practices that we recommend is triple layered infrastructure protection, added Wakkuri. This means establishing a layer of security at the edge of the network, another security layer at the desktop and a final layer of security at the LAN. This exponentially reduces the risks facing any enterprise because of the redundant nature of multiple levels of protection. This simple step can save companies thousands of dollars and unnecessary downtime.

Another challenge facing organizations, as it relates to cybersecurity, is when employees access unauthorized sites and are phished for login credentials, making the network instantly vulnerable. Through our guidance and technology we help our customers control access to certain websites and automatically prevent employees from interacting with sites that pose security risks to the network, commented Mr. Wakkuri. The technology is configured to automatically detect malicious sites and shut down the threat before any interaction begins.

DS Tech has established a cybersecurity division and is helping companies understand and implement a Unified Threat Management System. During the companys initial stages of customer outreach, theyve found that most customers are completely exposed to threats. The question business owners must ask themselves is if they truly believe that a static solution can combat a dynamic problem? said Wakkuri. In other words, if your firewall hasnt evolved in the past several years, how can you expect it to keep pace with the evolution of hackers? And more importantly, where do you think that leaves your company data and customers sensitive information?